While at the shops this weekend I realised I needed a new pair of 'summery' shoes to get me through the rest of the season. Last Sunday at church I broke a pair of Sandals and the shoes I had on were falling apart at the seams (literally) and had almost been walked through. My other sandals were headed along the same path so we stopped in at Ackerman's to see what they had. Now I realise the shoes in the picture below are not summery but I'd also been looking for new boots for winter (although was not planning to buy them right now) and was having a look at the selection. These were the last pair on the shelf and happened to be in my size. They were marked down to N$ 99.99 so I thought what the heck and took them. 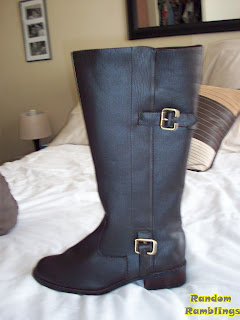 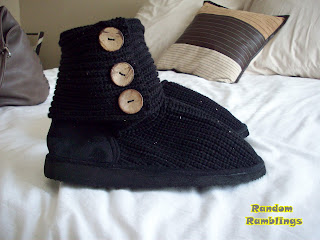 what's nice about them is that they have buttons on both sides so you can roll them up or have them folded down.
BUT
the best shopping score of the weekend has got to be this: 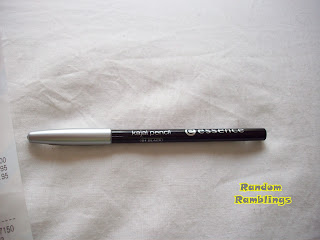 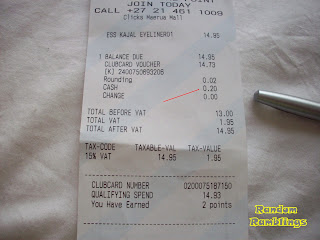 Not a bad weekend of shopping if  I do say so myself :)